Automatic Writing in an Extraterrestrial Language 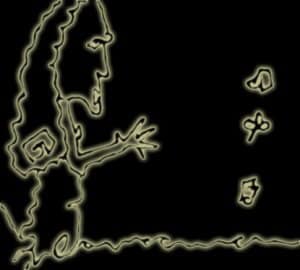 Besides automatic writing, which I do by hand with pen and notebook, and by direct keyboarding on the computer, I also have received messages written in “alien” scripts and an extraterrestrial language, or light language.

These Pleiadian conversations include direct communications from my stellar family. Some are whimsical, some mysterious, all of them intriguing for the source energy that comes through. A number of these have translations included in the image (though some, cryptically, do not).

Whether these source from the Temmerian civilization that so much of my association with the League of Light does, or from elsewhere, or some combination thereof, I do not know. I do know that some other people who have had telepathic downloads of what appears to be in the script of an extraterrestrial language have written in a style much like the ones you will see here.

While most of the writing you see here comes through on its own, or as coding designed to trigger an unconscious or time-bound level of awareness, some of it is directly translated into English. To dive deeper into the extraterrestrial language the Pleiadians use, Saren, see the Pleiadian dictionary here.