The Pleiadian Renegades say of themselves, “You could say that a real person is divining the words for this site, or you could say that a more is-like intelligence is saying the monologue. It is all the same to us. We’re making an oration to the people of Planet Earth — have a nice, cozy day. We are your brothers and sisters of another star and another time.

Brothers from Another Planet

Our words come to you through a keeper of the kind of understanding that facilitates our energetic communion. We come to you in love and peace from near the risen stars of the Pleiades. Good day to you!”

The Pleiadian Renegades are a collective of beings from a high-frequency, low-density reality that sources from the light of the sun of Alcyone. They are human beings of a higher level of awareness and come to our realm of awareness now as midwives for our collective transformation into the consciousness of divinity. They do this with great love, humor, and depth of understanding.

The Pleiadian Renegades Introduce Themselves

In all, there are seven who speak through the mental channel opened up to us by your friend and ours, the one who carries our words to you. We seven are all Pleiadian by birth, coming from a single planet from within the Pleiadian system of stars. Our home planet, and our transcriptionist’s, is one called Temmer, and we speak to you not from Temmer’s shores but from a vessel in the neighborhood of Earth. In our group of seven is a concord of thought and intention, yet we each retain our own voice and take turns transmitting our collective communication to you, as you may have sensed. I who speak to you now am called Arnitho Lhat. I am not in any way a leader of the group of seven but I do have the most resonance with the crystalline structure of DNA of our transcriptionist, making communication much more facile. I am a leader of others, however, and a renegade of sorts from a philosophical view of humanity at this time on Earth. You have long been of interest to the people of the galaxy, and while many have seen your cause as hopeless at best, others have seen the promise of peace bearing fruit among you. Many of you are renegades and we love that about you. It is becoming apparent that you are on the brink of opening up a dialogue with those of extra-planetary origin, and I am overjoyed to be part of that evolvement of consciousness. My duties are of a carrier of information, and transmuter of light from the source of all consciousness, which we call OM. I serve with others who live as free people of the galaxy, in harmony with the natural impulses of consciousness in search of knowingness of self and peaceful interrelationship with all expressions of OM’s impulse of I AM. You might say I am a captain of a team of many thousand such expressions of I AM, individual people serving together in the interest of human understanding, peace, and initiation into the mysteries of divine awareness of self.

We are your brothers and sisters of another star and another time. #pleiadianrenegades #pleiadian #leagueoflight #ninespath Click To Tweet

Others who share with you from this collective are Bainira na Lonish, a healer of the time-shattered beingness from historical trauma; Hawt no Iccolon, who is in the artistry of storytelling weaving together your mental synapses to reach understanding of your greater beingness; Moril Soucca so Noa, a translator of temporal waves; Annocoa Lonconilo, one who remains in the background of our speaking to maintain the overall chemistry of truth with respect to Nine’s perfecting light; Choa Anlos, a being of great insight who tells us of a shadow within the stories you tell yourselves, a knower of your natural history and keeper of the lineage of truth of your cosmic relationship with respect to the dimensional overlay of your time and place; and Londish noa on Sconil, our resident earth-starship liaison who keeps us informed of developments within the collective consciousness of your planetary sphere. We together form a unit of interdimensional communication with the one who now receives our transmissions. We will have more extensive contact with others in the future, but for now this is the mode of communication we have chosen to rely on.

— from the book Pleiadian Renegade: Thoughts of Higher Magnitude

Read more about them, and get to know them more personally, through their writings in the Logbooks of the League of Light. Vol. 1 > Remembrance: Pleiadian Messages in Preparation for Contact and Vol. 2> Pleiadian Renegade: Thoughts of Higher Magnitude.

The Pleiadian Renegades are a collective of beings from a high-frequency, low-density reality that sources from the light of the sun of Alcyone. #pleiadianrenegades #pleiadian #leagueoflight #ninespath Click To Tweet
FacebookTweetPinYummlyPrintEmailShares10

Personal Reflections through the Lens of Nine 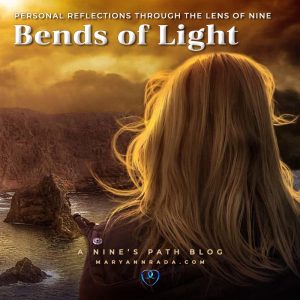 Twice-weekly Updates from the League of Light