From time to time, a post in the Nine’s Path Pleiadian Renegades community generates a lot of talk, along with some questions. I took to conversation with higher orders of knowledge regarding one such: the alien interview, 1947.

Recently, someone posted a curious video in the Pleiadian Renegades group on Facebook. It was a reading of a book written as a record of an interview with a captured entity from the 1947 Roswell crash. Listening to a bit of it to see if it was appropriate for our group (always with intent to keep the conversation both focused on Nine’s Path material and open to broader understanding through the lens of Nine), I soon found myself drawn into the story, and shared it with the group.

The fascination was not mine alone; much conversation ensued, doubts discussed, questions asked and answers explored. There’s a general consensus that, while the information itself is intriguing and stimulating, and probably on target for the most part, the book itself as an edited version of the original notes of the interviewer seemed somehow “off.” Were the original telepathic transmissions doctored, added to, embellished… and to what extent? It seemed to most people commenting on the post that they were, leaving certain points of interest lacking depth of understanding, and unsatisfying.

So, I took it upon myself to engage in a telepathic conversation offline, and asked what there was to know about this phenomenon and the civilization called “the Domain.” The Order answered my call, and we settled into a long, insightful interview of our own.

What can you say about the information on the Domain, from the video?

The information given by the captured entity called Airl, as given in the video which you received is accurate and truthful. The Domain, as it was called by the receiver, generally refers to the Galactic Federation force which occupies and directs the life-nurturing planetary development of a long-established and far-ranging force of advancement of the world rose. We of our own collective have a deep knowledge and appreciation for the Domain, which you would call the League of Light allies of galactic and lensed realities. The Domain is not exactly the League of Light or exactly the Galactic Federation. The LOL has existed as long as Nine. The Domain has existed as long as Six. The Domain is of Nine, as is the LOL. There is no time where the numbers of creation are concerned. They exist and have always existed.

The Domain is a renegade-respecting entity, yet they do not alone have the ability to release humanity from its enslavement. The Domain expeditionary forces, along with the mission of the LOL and other crews, have always been as one yet separate as differing in the background of drama and memory: the truth about the Domain, the LOL, and other entities which have an interest in liberating what the video called IS-BEs—what LOL calls soul emanations—from the oppressive hand of tyranny. We are as one in this.

Remain focused on the liberation of humanity from the grips of enslavement. You will come to understand the intricacies of galactic and intergalactic entities once you have established yourselves as people of a sovereign world.

Was the information about the Domain embellished?

The writing is a direct translation of the interaction the nurse remembered. Every time [they communicated after Airl’s ‘death’], she accumulated more information, which was difficult to spiritually separate from her encounter in 1947. The man who wrote the book added his own dramatic flair. The interview happened, the data was shared, and the material sent to the man. The language was embellished to some degree, but the data is accurate.

They are difficult to understand. A lot is missing, so only relationships can be guessed at while comprehension of facts assimilated. What is not part of the original is the material the man held in high esteem himself. Liberties were taken. It was to further authenticate the interview rather than detract from it. What is missing is that the Domain is not the Greys, nor is it Pleiadian, nor is it LOL. It is not angelic or OM-defined, according to what you understand OM to be. OM is universal. Pleiadian are galactic. Humans are universal. LOL is universal. The angels you are familiar with are universal. Some Pleiadians have traveled intergalactically, but they are the exception rather than the rule. We are universal and galactic; we’re also terrestrial. Bring the questions.

Your presence is fractal?

The Domain seems cold… and strange regarding their use of the doll, and consideration of biological forms. Are they real?


Domain are loving yet personally distinct from human perceptions of warmth and care. It is not that they are without warmth or care, but that they have a different understanding due to their freedom and nature. They do not regard love as a mere emotion, nor with the focus you have to maintain within the Earth’s matrix. Love is simply the pre-eminent force of everything, without losing the meaning of care, nurturance, connection, or ecstasy. These are part of their everyday life. They do not consider themselves to be God, apart from what they are as personality or beingness, yet they understand what you call God to be as life, love, reason, affection, and so on. They strive to be aligned with what you call OM. They are free and creative. The doll is merely a spacesuit. Their real nature without the doll or any other suit is as light to your eyes. They are able to move from one form to another without losing a sense of who they are.

It is likely that the Domain will work out as a stable presence in the galaxy. They will not consume it or destroy it. They will respect its sovereign right to be, without letting the Old Empire cause trouble. The community of local galaxies has known of the Domain and their activities, and has not come to any solid declaration of non-operational aggression, meaning the Domain has a right to consider the galaxy as part of their own field of exploration. They mean no harm, and will not do harm to those who wish to continue to live in a state of peaceful coexistence, as neighbors and universal denizens. Those who wish to confront their action as non-androphilic mercenaries will meet the side of the Domain that does not tolerate dominance by force or oppression of the innocent. Such is anthetical to the mores of the Domain. Their presence does not negatively impact your existence as humans in this galaxy; rather, it offers some stabilizing contribution. They will be a good thing for everyone except those who want to destroy your soul.

Relationship with the League of Light?

The Domain knows of the League of Light as a divine property of life. The LOL knows of the Domain as a set of living, universally active membership civilizations. Neither is opposed to the other. Both are part of the life of OM. The LOL and the Domain each seek to foster life in the creation that is the universe. LOL does not project personality into form as the Domain does. LOL exists beyond the organic field of life, while the Domain ventures there. The LOL does project personality through form as mind or intelligence. Each is of OM.

Did they send Vishnu?

How is the LOL connected to Vedic avatars?

LOL remains within the consciousness of Vishnu. 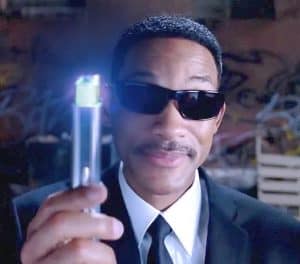 What about the recycling of souls and tunnel of light?

At the moment of death, the personality becomes aware of soul. The Old Empire technology cut the cord and latched it to the mechanism of reincarnation back into the Earth matrix. The image of the MIB flash of light is somewhat accurate, though it is of course more complicated than that.

Is it still operational?

It remains, but is not being filled with the energy it needs to continue for much longer. The people have a chance to utterly destroy it, and with that gain their freedom. Those who wish to continue to live on Earth may do so with joy. Those who wish to live elsewhere may do so with joy. All is permitted with the understanding that comes with galactic citizenship. The universe is vast. Baby steps first.

Are the Tibetan monks reinforcing the machine?

The ones who are stuck in the reincarnational cycle as a framework of belief or culture all reinforce the reality of it. Many do so without their own knowledge. Some do so to perpetuate the system. Some do so to work toward the destruction of the system from within.

Doubt is something love can fix.

You will come to understand the intricacies of galactic and intergalactic entities once you have established yourselves as people of a sovereign world. #ninespath #thedomain #alieninterview Click To Tweet