Among the stars you see in the night sky—when you are far enough away from the drowning lights of modern civilization—are suns that shine on planetary bodies not so unlike your own world. Of these, many are home to humans who, in ancient days of Earth’s history, had commerce and relations with the ones from whom you are descended. Awakening within yourself to the core sentience of your own stellar connections, you may find yourself wondering why the stars seem so much like home.

The stars of Pleiades are home to many. Races of humans have traveled the galaxy, to Earth, through time. They are here again. They are within.

RENEGADES ALL ARE WE

Long ago, legends were real. Stories you received are rooted in a past in which a people scattered across the galaxy ravaged by the incursion of malevolent ne’er-do-wells. History comes full circle now. The time has come to understand more fully who we are, within an expanded picture of humanity.

The Pleiadians of the League of Light are as real as any of us. They exist in a field of materiality just angular to ours, within a slightly less dense dimensional matrix. Consider the structure of a crystal of salt and a crystal of carbon. Photons interact with each structure differently. So it is with the matrix-space of Earth and the matrix-space of Pleiadian worlds.

Thus, life, light, and solidity differ on this world, for them. In order to walk on Earth with us, physically, they must somewhat shift. They do this, and many walk undetected among us now. In the near future, this will become more apparent to those of us who are awakened enough to see, and soon, to all. 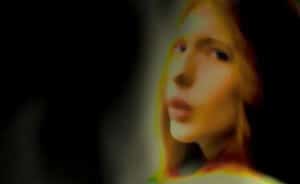 In their own words, the Pleiadians of the League of Light are quite human in appearance. They say the following:

“We are of a form not unlike your own. As a rule, we are a bit taller on average. Most of the people who tell of Pleiadians being blonde-haired, blue-eyed, light-complexioned people are only aware of that contingent of our large biological diversity in appearance, our phylogeny. However, just as there are variations in your population, there are variations in ours. Most of the Pleiadians you’d meet ordinarily would appear fair-skinned, “light” being more of an inner quality, you see. Percentage-wise, maybe sixty  percent of our people have what you would quaintly call light hair but which is actually pigmented yellowish-white. This is a Lyran trait. We are biologically descended from humans of the star system you call Lyra. Bear with us on the woo-woo genealogy. You deny a lot of your own genetic heritage by denying these bits of information to draw your attention to your soul’s remembrance. Okay, we continue. A small subset of these blonde Pleiadians have eyes of blue tint, but not many. More have grey eyes. Your ancestry is Pleiadian for sure if you have grey eyes and blonde hair. No other race has that particular combination. Of the remaining forty percent or so, about half are a more zappingly sassy brown-haired, green- or grey-eyed pigmentation, again with fair skin, and the other half is brown-eyed with brown or black hair, really intense.”

(excerpted from the book Remembrance: Pleiadian Messages in Preparation for Contact) 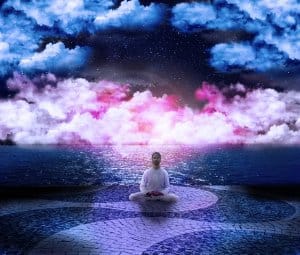 The various civilizations within the realm of Pleiadian suns developed independently yet with a common thread of understanding of self. The diaspora had taken humans into the beyond of what had been understood and experienced, brought them into contact with new teachers, new influences, new opportunities to grow in their knowledge of divinity.

Of the Pleiadian worlds allowed such explorations in the peace of safety, Temmer gained the insights from a friendly and highly developed race, the Tilotea, or Elohim of deep time. We, the descendants of those Temmerian settlers, have brought to high levels of realization what was shared, and continues to be shared by these and other teachers. Benefit from the pages of wisdom shared here, and witness the expansion of your own understanding. 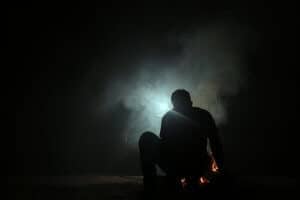 Eons ago, as time is measured, a rift opened the way for marauding bands of extra-universal races set on conquest and destruction. This is known by many who chronicle galactic human history as the destruction, or devastation, of Lyra. Galactic humanity has survived the onslaught of that traumatic occurrence, moved and thrived despite the chaos in its wake. Part of that history echoes within your own planetary story. You are at a pivotal point in your journey as Earth humans. Are you ready to expand your understanding? The future is in your hands, quite literally.

Core Access presents snapshot-like shards of narrative, compelling and vibrant, depicting those early days of the galactic diaspora. See through the eyes of early travelers, refugees from destruction, hunted, challenged, triumphant. See through the eyes of those who sought their souls, and those caught in between. It’s a captivating story you’ll recognize quite powerfully. Understand your ancestry, your challenges, and your potential.

YOU, PLEIADIAN, ARE HOMEWARD BOUND

COMING SOON, BASED ON THE BOOK REMEMBRANCE:

HOW IS IT POSSIBLE?

In answer to a question about how such a young star cluster can harbor life-sustaining planets, the League of Light answers in part:

“Our stellar neighborhood is, from one perspective, young and volatile and full of nebulous complexity that seemingly renders it incapable of sustaining life. Yet where we are, there is order and life-sustaining harmony. What is it that makes such a difference in perspectives? In the most basic terms, it is that there are veils of dimensionality, membranes of reality, buffers between locality that render it thus incomprehensibly true…”

More questions are pending, and more are yet to be asked.