The Road to Shasta: Exploring Lemuria

In life, it doesn’t matter what road you take, as long as that road leads to Love and wisdom. And no matter what, you will always be drawn to that connection, and it to you. In mysterious ways, the spiritual realm will find a way to let us know, not only where we are going, but where we’ve been.

A few years ago, I had a dream in which I was in the car with my family, excited about our road trip. I wasn’t sure where we were going, but initially thought it was to the country somewhere. As we continue driving, everything around us starts to look more desolate, like we were in a desert in the middle of nowhere. The road was long and narrow (only one way), the land was flat, and the dirt resembled that of a blood orange. While driving, we see a huge mountain to the left of the road. There was a long line of cars eager to get into the mountain. I told my husband to drive over to see what all the fuss was about, after all, it was the only mountain in the entire desert. As we got closer to the entrance, there was a huge arched opening and a lady sitting behind a desk greeting everyone who drove in (like a tour guide service). 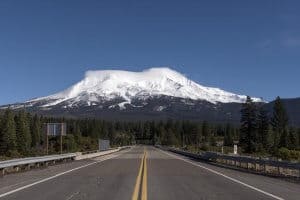 We parked our car and began to look around. I walked over to the lady at the desk and asked, “Excuse me, but what are you selling here?” She said, “We are selling real estate within the mountains. All the condos you see here are for sale.” In shock I replied, ” Real Estate inside the mountain in the middle of nowhere?” She gave a chuckle, smiled and began to explain how there were hundreds of apartments, beautifully built into the inner walls of the mountain and we should check them out. So, we decided to take a tour of one of the apartments on the first floor. The doors to the apartments looked like storage unit doors, made of titanium. Upon entering, there is a family room with a couch, T.V., and coffee table, with the dining room directly adjacent to it. The kitchen was small, but very cute. It had a small breakfast nook and balcony. As I stepped out onto the balcony, I noticed something very strange; it was the sky! How can this be if we are inside of a mountain? The tour guide, who was showing us around, said that the “sky” was a hologram so that one wouldn’t feel so enclosed or claustrophobic. Now, to the left of the entrance you found a bathroom and small bedroom. There were about six of us taking the tour in that same apartment. I couldn’t help overhear many people saying how perfect the space was for when everything begins to happen. So naturally I asked, “For when what begins to happen?” Suddenly, there were sirens that began to sound and all of the doors of the apartments began to close shut at the same time. The tour guide began to say, “It has already begun, but don’t worry you are all safe within this mountain. You will each have your own living quarters and will be provided for.” I woke up immediately thereafter. 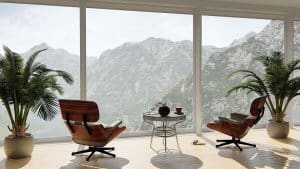 This is one of those dreams that leave you wondering if you were really there or not, because of how vivid and precise it was. The next morning I began to look for pictures of apartments inside mountains, that may depict what i had seen in my dream. I stumbled upon this mountain whose entry looked like that of a storage unit, just like the one I had seen. As I researched the location of this mountain, it directed me to Mount Shasta in California. I began to read about the mountain and its high, spiritual connection to God, because of how high its center peak reaches. The mountain is also said to be home of the Lemurian people, or the “Lost city of Lemuria”.

Lemurians are said to be emotional beings and very heart centered. They have been long waiting to help us here on earth from destroying our planet, and are just waiting for the “green light” to do so. Ever since, I’ve felt this strong connection to the Lemurian people, like that of the Pleiadians. They are beings who are here among us, filled with the most intense Love, to protect us and show us the way. Now, I am not a scholar in Lemurian history, I have read up on them and what their civilization went though. The scary part is that it isn’t very different from what we are living today. Either way, it is an indescribable connection that has opened more roads than I ever thought possible. Always keep your mind and heart open to those that you feel a deep connection to, they just might lead you down the perfect road.

I am welcoming with open arms this new chapter in my life. My name is Veronica and I’m a wife and mother of two. Some may know me as a dental assistant, where others may not know that side of me connected to the spiritual world. Ever since I could remember, my want for spiritual knowledge has never seemed to cease. Through Dream State, I have found and hold as Truth, that all questions will be answered as we shed a different part of our “old self”, and begin to remember again. As the years progressed, my dreams became much stronger, more vivid and in depth. In 2013, I was shaken by an experience that would leave me three years wondering, “What does this all mean?” I am now questioning a whole new world. “What is Nine and how can one get there?” This experience led me to Maryann’s book, Opalescence: The Pleiadian Renegade Guide to Divinity, where she would answer a question that had me perplexed, in just a few weeks. A weight has been lifted and now it seems like the doors have been opened. Understanding had to be reached before any advancements would be made. I now have this amazing and humbling opportunity to share my messages and understanding of Nine alongside one of my favorite authors, and you.