On a new path to somewhere unknown, lies a nerve-racking, yet intriguing feeling. It is that same feeling that will either keep you from achieving your soul mission, or have you go beyond your wildest comprehensions. On July 29, 2018, I had an extremely vivid dream in which I felt, was a warning sign. 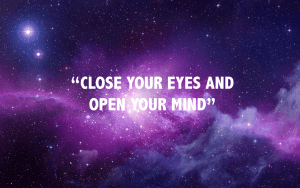 It was night time. I found myself at a carnival that was taking place at an open arena somewhere. There were many people there from all over, including my family. As I was standing there, observing my surroundings, I am greeted by a woman. She said, “Hey, you’re up next on the ice-skating tournament.” I chuckled for a moment and said, “Oh, I’m sorry. There must be some mistake. I don’t skate!” She gave me a dismissive smile and a, “come along”, kinda wave. When we arrived at the rink, I begin to feel less scared to skate and more confident in doing so. I put on my skates and took the first step onto the rink. I suddenly realized that I am a child again! My skates began to glide on the ice and I could feel the cold breeze on my face. I remember thinking, “Wow, I really do know how to skate.” I was overjoyed and filled with sovereignty. While skating, I detailed every persons face in the audience and their reactions. Did they like me? Are they cheering? Soon thereafter, I  was overcome with feelings of concern. Everyone in the audience began to leave the rink.

There was one lady I overheard saying, ” They said that they came to check if anyone had drugs on them.” Immediately, I transformed to my adult self again. As I made my way outside the rink, I began to notice these men dressed all in black (almost like FBI agents). These men began questioning everyone that was in their path. Trying to avoid every one of them, I began searching for my family on the other side of the arena. I now find myself in an area where there is a bathroom and ATM machine. People are starting to run and the turmoil is beginning to pick up. To the right of where I was standing, was a small tree, about 8 feet tall. Gathered under that same tree were a group of, what looked like, Pleiadian beings. Excited, yet somewhat on the fence, I began to approach them. The one that spoke to me was a woman about 5’7. She had blonde, long hair (parted in the middle), her eyes were a sky blue, and she had impeccable skin. I began to tell her how beautiful she was and how I was so stunned by her perfection. Again, as stunned as I was, there was something inside of me that didn’t allow me to get excited. She told me that she needed to speak with me, but that she couldn’t speak out loud at that precise moment. So, she placed both of her hands on each side of my face and began communicating telepathically. She said, “I want you to come with us so I can show you where we live. It is an island called “H__bb___,” (I don’t remember the name, only these specific letters). I began to feel almost hypnotized and falling quickly into a deep meditative state. I didn’t trust the feeling and pulled her hands softly off of my face. Trying to find a way out I asked, “Would it be okay if my whole family came too?” She did not like that at all. I noticed she rolled her eyes to one of the others in her group and said, “This is never going to work if these people are awake!” Immediately I knew that these were not the real Pleiadians at all. They left my side quickly and began to look for others to “lure” in. Starring in contemplation, my mother comes up behind me and says, “Be careful, they are not who they say they are. Be very cautious!” Soon after, my dream was finished. 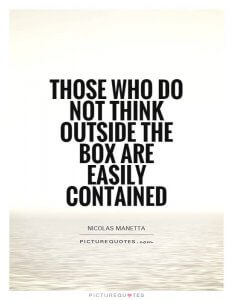 It seems to me that the closer we begin to move towards Source, the more difficult they will make it. The Pleiadian people will always come in love and light. They are never dismissive or condescending. The understanding that I have is that we must all “Open our eyes and our minds“. Learn to trust your inner self in deciphering bad from good. These are trying times ahead and we must learn to master our connection to Source (God, OM). We will encounter fake conditions, in order to confuse our minds. Like the child I became while skating, we must all become. Connecting to our inner child will awaken the memory of what once was and the freedom that we all deserve to feel. The path to 9 is not a simple one. We are creatures of habit and have been conditioned to believe in the “life” that we are currently living. Not only must we learn to think “outside the box”, but we must learn to think way beyond it.

I am welcoming with open arms this new chapter in my life. My name is Veronica and I’m a wife and mother of two. Some may know me as a dental assistant, where others may not know that side of me connected to the spiritual world. Ever since I could remember, my want for spiritual knowledge has never seemed to cease. Through Dream State, I have found and hold as Truth, that all questions will be answered as we shed a different part of our “old self”, and begin to remember again. As the years progressed, my dreams became much stronger, more vivid and in depth. In 2013, I was shaken by an experience that would leave me three years wondering, “What does this all mean?” I am now questioning a whole new world. “What is Nine and how can one get there?” This experience led me to Maryann’s book, Opalescence: The Pleiadian Renegade Guide to Divinity, where she would answer a question that had me perplexed, in just a few weeks. A weight has been lifted and now it seems like the doors have been opened. Understanding had to be reached before any advancements would be made. I now have this amazing and humbling opportunity to share my messages and understanding of Nine alongside one of my favorite authors, and you.